Hi All
I'm doing my monthly update early this time, it has been a very disappointing month for me in terms of dispatch so far. Mostly due to staffing levels at the factory but also some complications with flying in components due to Chinese new year has caused delays.
I've been to the factory to get an improvement and have agreed that from Monday March 1st they are going to increase the size of the team by between 2 and 3 times to clear the backlog.
So that first week of March is going to be the new baseline for the run rate and I will give an update by Monday March 8th (in 2 weeks time) and a clear estimated rollout schedule based on that run rate.
In November the factory hit over 1000 units assembled and dispatched in a week, it has always been the expectation that we would continue that, however so far this year we have had different blockers getting in the way. The most common is a shortage of a component or slow delivery of a component. So the plan is always looking at the blockers to see when they are removed so we can properly ramp up. Then giving the rollout plan based on that. If we were unblocked but only hitting 500 a week then I would give the estimates based on that run rate instead but that hasn't happened. The ask and expectation of the factory is to completely clear the backlog by the end of April.
When there is a blocker then the factory reduce the staff resource and use them elsewhere. So from 1st March for the first time we will be unblocked AND will get all available resource on the project plus 3 additional temp staff and I'm also asking for more.
If we hit the expected run rate then the schedule will be all orders #0-#5000 to go in March and #5000+ to go in April.
I have seen people suggesting that it might take the rest of the year to get their order or not get it at all, I can assure you that really is not the case. Both the non-recoil and recoil version of the product are complete and these are just some short term blockers that we have had. We have manufactured and dispatched several thousand lightguns already.
The priority of the project and the decision making has always been 3 things, (1) to guarantee that all backers get their lightguns, (2) that the product is good quality, (3) to deliver the lightguns as quick as possible. However priorities (1) and (2) stop me taking risks with anything that jeoparidise them even if it meant the lightguns could be delivered quicker. This is why it is manufactured in the UK and also why I don't have my own factory premises doing assembly with associated costs, this guarantees (1) by ensuring that I won't exceed the budget. So whilst it is painful to have to update you on slow progress it would be a lot more painful to update you if there was anything that was jeopardising the successful delivery of the project which thankfully there isn't.
I'm very sorry for the delays and I can assure you nobody is more frustrated than myself. I'm working extremely hard to get the orders to you as soon as possible and I thank you once again for your patience and support.
Best regards
Andy 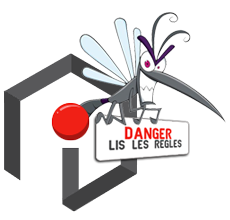